Nightshade (in Japanese: くのいち; kunoichi, female ninja) is a direct sequel to Shinobi (2002) and was released in 2003 for the PlayStation 2. Developed by Overworks and published by Sega, Nightshade is the eleventh title in the Shinobi series. In Nightshade, players are introduced to Hibana, a government agent that must prevent the evil Nakatomi Conglomerate from collecting the shards of Akujiki, a powerful cursed blade, and releasing hell upon the world.

Nightshade is a third-person 3D action game. Although its core is very similar to Shinobi, the game includes a number of additional features and improvements. In total, there are thirteen levels and two level subcategories. The first subcategory consists of levels that are more traditionally designed obstacle courses, while the second subcategory is comprised of levels that can be defined as combat-platforming sequences, in which the player must move between a series of platforms and kill a series of enemies before they can progress. The traditional levels are broken up into small segments, separated by loading screens, that feature numerous enemies and various types of platforming challenges. The combat-platforming levels are single segment endeavors that feature a number of moving platforms and that pit the player against a large number of foes. Both level types contain a number of collectibles and, at the end of each level, the player will confront a powerful boss enemy. This design philosophy can be contrasted with Shinobi's, as that game featured traditionally designed, smaller, and unsegmented levels. It's also worth noting that, if the player dies in the middle of a level, they may resume from a mid-level checkpoint; If players died in Shinobi, they were forced to start from the beginning of each stage.

Though similar to Shinobi's, Nightshade's control scheme has undergone some small changes. First, the player may now choose between beginner and standard control schemes. The beginner control scheme merely auto-targets nearby foes, which is an action that would normally require the player to hold the R1 button. Aside from this, a number of other changes have been made. For instance, the kick attack, which can be used to destroy a foe's armor or break their guard, has now been assigned to the triangle button. Previously, the triangle button was exclusively used to throw shuriken; the L1 button is now dedicated to throwing these projectiles and the ninjutsu wind magic fuga (風), and its previously assigned function, orienting the camera, has been relegated to the R3 button. The player will initially have access to Hibana, but will eventually be able to unlock three other characters that each have their own unique attributes.

While playing as Hibana, the player can use both the long sword and the dual short swords to attack foes. By simply using the attack button, the player can execute a standard long sword attack combo. Additionally, while locked onto an enemy, the player can press down on the left analog stick and then press the attack button to execute a series of quick slashes with the dual blades. Though the short blades deal less damage, they can be used to increase the player's score, as each successive attack will be added to a combo meter; the higher a player's combo, the more points they can acquire for defeating foes. The short blades can also be used to fill the chakra meter, which is represented by a gauge beneath the health bar. When filled, the chakra meter will allow Hibana to execute a powerful charge attack. The charge attack can only be used while Hibana is on the ground. Additionally, the player can lock onto a target, press down on the analog stick, and execute a kick in order to perform a float kick, which will launch the target into the air. This move can be followed up with an air smash, which can be executed by jumping and then kicking the airborne foe to the ground. This will create a shock wave that can be used to break the guard of all nearby foes. Hibana can also use a number of acrobatics, like the jump, the wall run, and the stealth dash, to engage in basic platforming. While in the air, Hibana can attack enemies with her long sword and use the kick attack to launch herself at foes. When Hibana makes contact with a foe, her stealth dash, midair jump, and kick attack are replenished, which allows the player to repeatedly attack foes, move between targets, and maintain their airtime.

Nightshade includes a number of additional features, such as a training mode, a mission mode, a time attack mode, a survival mode, and a stage select mode. In training mode, the player is introduced to the fundamentals of the control scheme and other gameplay concepts, like the tate (殺陣), which is a finishing move that plays a special scene when all foes are defeated in succession and within a given time frame. Mission mode is comprised of a number of VR challenges that will test the player's ability in the various aspects of play. In some levels, the player must destroy a number of targets before they can proceed, while in others, the player must defeat a certain number of enemies. These stages usually include a number of stipulations that will force players to rethink how they approach the typical combat or platforming scenario. In time attack mode, the player can revisit the main mission levels and try to complete them as fast as possible. These stages are typically reduced in size and are devoid of enemies, and the player is challenged to destroy a number of targets that will then remove the magical barrier that prevents their progress. Survival mode is a timed and combat oriented gauntlet that will pit the player against a large number of foes. In this mode, death will instantly forfeit the player's score, and taking damage will reduce it, so the player must remain untouched and race against the clock to kill their foes swiftly. Finally, stage select mode allows the player to play through any of the main story missions in order to acquire a better score or to retrieve any collectibles that they may have missed.

In addition, a new and robust scoring system has been implemented. In Shinobi, the scoring system was quite basic and only considered a few performance variables, such as the number of defeated foes, magic usage, and completion time. Nightshade's scoring system takes all of these into account along with a number of other considerations. The player is judged by the amount of damage they take, their number of deaths, the amount of environmental objects they've destroyed, and the number of supplies they've acquired and used. The aforementioned scoring system can be augmented by the difficulty level, and lower difficulties are more lenient than their higher difficulty counterparts. In lower difficulties, the main character will deal more and receive less damage, and enemies will attack less frequently.

A year after a cataclysmic earthquake shook Tokyo and the Golden Palace appeared in the heart of the city, the Japanese government ordered a shrine maiden, Kagari Ubusuna, to construct a powerful and Yang imbued force field that would contain Akujiki and prevent the Hellspawn from entering the world. As instructed, Kagari broke Akujiki into nine shards and spread them throughout Tokyo. A short time later, the Nakatomi Conglomerate claimed that they sent their ninjas to Tokyo to aid the relief efforts, but they instead sent their elite mercenaries to retrieve the shards of Akujiki. Thirteen days after Ariake Seal's creation, the magical barrier was mysteriously broken and the Hellspawn had been unleashed upon the city. In desperation, a Japanese government agency hired Hibana to engage Nakatomi's mercenaries and retrieve the shards of Akujiki. 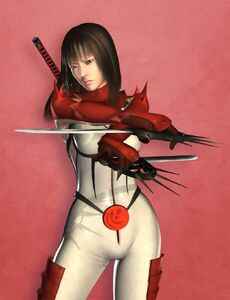 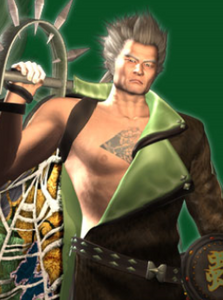 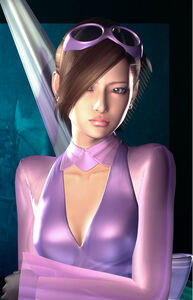 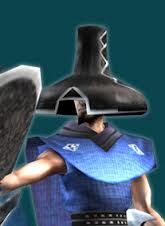 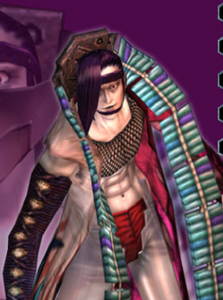 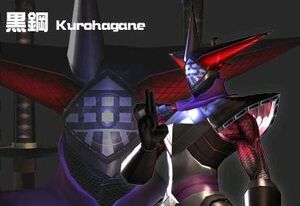 Add a photo to this gallery
Retrieved from "https://shinobisega.fandom.com/wiki/Nightshade?oldid=6926"
Community content is available under CC-BY-SA unless otherwise noted.